Rats on the farm

Rats on the March

Recent studies show that rat populations have been rising steadily as warmer winters have allowed them to survive and to breed for longer periods. And we would have to agree. After 35 years of successfully dealing with them, we are receiving an increasing number of call outs from new customers.

Some facts about rats 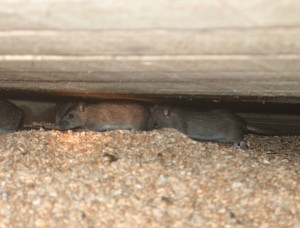 They will travel anything up to two miles in the countryside to find food, water and shelter. And farms, in particular, are a popular destination of choice. Moreover, the potential for food and shelter means rats are more likely to take up permanent residence.

Rats infect everywhere they go and farms are no exception. The degree of movement is an important factor in the spread of problems associated with rats – health problems, contamination and wastage and damage to property, equipment and materials. The demand for high quality food and concern for the health and safety of farm employees and livestock make these problems highly significant and enforce the need for proper control.

A rat feeds 15-25 times a day and will consume the equivalent of 10-15% of its own body weight. It will pass 12-16 ml of urine and produce 50 droppings in a 24 hour period. Contact with rodent urine and faeces are the most frequent causes of disease transmission from rats to both humans and livestock.

Rats also carry a surprising number of disease-causing organisms. Tests for leptospirosis and toxoplasmosis have shown infection rates of these particular diseases to be much higher than expected in both human and animals. The results of a recent survey of the diseases commonly carried by rats in the UK reveal the dangers to humans and livestock. A high proportion of rats also carry the 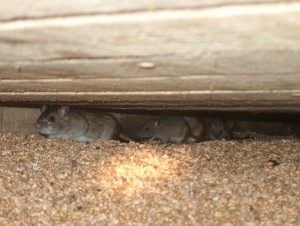 protozoa that cause cryptosporidiosis – an intestinal illness in humans.

Diseases transmitted by rats may also have a significant impact on animal production. Effects on milk-yield, fertility and growth rates are often not directly attributed to rat-transmitted diseases, only because screening for them is not as comprehensive as it could be.

Consequences of rats on the farm don’t just stop there. Rats have discerning palates and a single rat can ruin 10 times as much food as it eats. They eat any and all kinds of food but only the freshest and most flavourful. Because rats mark their territory with urine, an entire container of food is ruined when a rat has eaten only a small part. This will render it unfit for sale. The value of the contaminated food is always far greater than the cost of the food actually eaten. A study showed that 70% of a tonne of wheat had been spoiled by 10 to 26 rats during a 12-28 week period, although only 4.4% had been eaten. 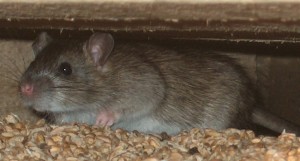 So, if you have a problem with rats or would simply like advice on how to prevent them appearing, give us a call today on 0800 0283 703